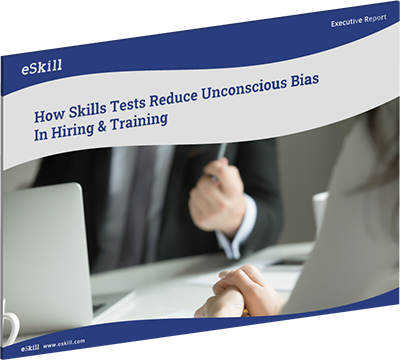 What is Unconscious Bias?

According to Vanderbilt University, unconscious bias is “prejudice or unsupported judgments in favor of or against one thing, person, or group as compared to another” that “occurs automatically as the brain makes quick judgments based on past experiences and background.”

As opposed to conscious biases, unconscious biases are not deliberate. Although we are unaware, our brains make dozens of tiny snap judgments anytime we interact with someone new. When these judgments relate to gender, race, age, or sexual orientation, they become a harmful form of stereotyping.

The renewed push to support the racial justice movement has brought renewed attention to unconscious bias in the hiring process.

While it often flies under the radar, an analysis of recent hiring studies reveals unconscious bias is a subtle form of discrimination.

Reducing the unconscious bias in hiring and training starts before a potential recruit ever sits down for an interview. Job postings and standard processes for vetting applicants often prevent employers from securing highly qualified talent.

Leveraging skills tests at the beginning stages of the hiring process eliminates unconscious bias in the initial shortlisting of candidates.

By using eSkill’s extensive library of skills tests, employers can take measurable action towards reducing discrimination in their hiring practices.

Learn more by downloading the Executive Report on this page.