Need Retail Workers You Can Count On? Use Retail Skills Tests 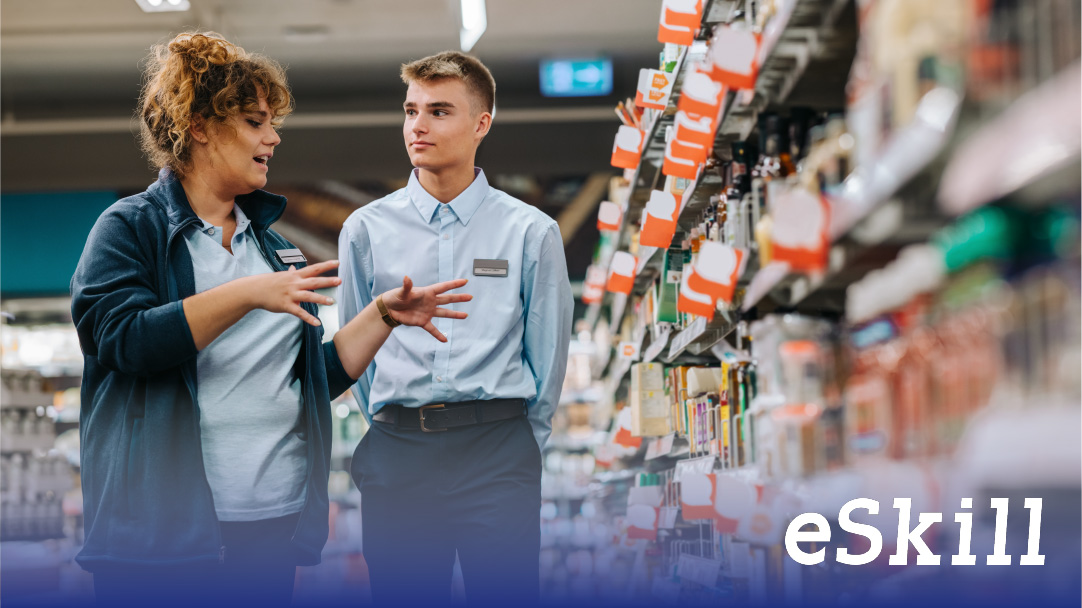 Finding the best retail workers has always been a challenge for businesses. There are many reasons why workers go into the retail industry, whether they are teenagers looking for an afterschool job to career salespeople who thrive in a busy retail marketplace.

While retail HR managers would like a talent pool of pros, the simple fact is, like any other industry, they have to find and hire the best candidates available, which can be a major headache.

So how do you determine which candidates are most likely to succeed at your company? The traditional interview process with paper applications, resumes, and face-to-face meetings can give you some insight into candidates. But there are several drawbacks to this approach:

The solution to these problems is to include eSkill’s pre-employment retail tests in your hiring process. Since most businesses have already moved to online applications, adding retail skills tests is an easy way to find retail workers that you can count on.

Thanks to the growth of ATS software, it is easier than ever for applicants to apply to your job postings. Unfortunately, this often results in a flood of resumes that vary in quality. Although many HR departments initially filter out applicants who do not list key skills or fail to mention certain keywords in their resumes or cover letters, you can still be left with many applicants to review.

With skills testing, you can quickly reduce the number of resumes that you need to review. Both eSkill’s retail skills tests and retail personality tests generate reports with quantified data for each candidate, which gives you a good idea of which candidates are most likely to have the right Job Fit for the position you need to fill.

This simple step quickly eliminates unqualified candidates and can save you time and money. The reports are easy to interpret and distribute, which makes them a valuable tool for all stakeholders. That is why many companies are now using retail skills tests.

According to CNBC, 78% of workers admit to “stretching the truth”  on their resume by inflating their job title to saying they graduated from a college they never attended. While some of these misrepresentations are easy to spot, others may not be obvious until after the candidate has been hired.

With pre-employment retail tests, you can assess candidates’ skill levels and easily determine whether they have the required skills and experience. eSkill has a library of more than 800 pre-made tests organized both by subject such as Retail Math and job such as Retail Cashier.

You can also create custom tests by choosing questions from existing eSkill’s tests and adding your own questions. This allows you to create a targeted assessment that is closely aligned with the job requirements so you can ensure that you are hiring the best candidate possible.

Many companies have started paying attention to how unconscious bias affects the workplace, and one area in which it is important is in the hiring process. The American Bar Association notes that, despite people thinking of themselves as “good people,” more than 80% of survey respondents demonstrated an unconscious bias against older candidates.

Bias comes in many forms, including race, gender, sexuality, or age, and HR departments need to do everything they can to mitigate it. Not only is it illegal, but it can cause companies to miss out on some stellar candidates.

Skills testing is an effective solution to eliminating unconscious bias. Like retail personality tests, assessments provide quantifiable data that shows hiring teams which candidates have the best potential for the right Job Fit and eliminate the human tendency to prefer candidates from one’s own social group.

With skills testing, you know that you are relying on hard data rather than personal preferences. eSkill’s pre-employment retail tests make it easier for you to focus on what is most important—hiring retail employees that you can count on. This is why eSkill has a perfect compliance record after almost 20 years and millions of tests—the best in the assessment industry.

Interested in Adding Retail Skills Tests to Your Hiring Process?

Learn how eSkill’s Talent Assessment PlatformTM can help you to identify and hire the best employees for your retail positions. Request a demo today.