Re-Qualifying Your Workforce Can Make a Difference 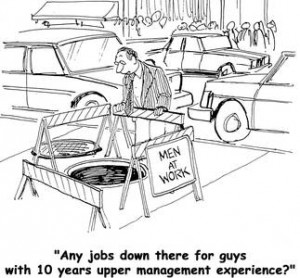 Last week, I called my mother late in the evening to chat and was given a huge reminder that our world (and especially technology) moves at a fast pace. The trouble started when we were discussing a local business and she went to their website. On the right side of their page was their Twitter feed, which just so happened to have a tweet that my cousin wrote that was re-tweeted by the business.

Now, to give you a little background, my mother has trouble even working her phone. According to her, every phone she gets somehow neglects to tell her she has texts or missed calls. I love her dearly, but the woman is technologically challenged. So you can imagine her surprise when she saw my cousin’s tweet on that company’s website. The conversation that ensued was like something off a movie. There was a lot of confusion about what a “feed” was, why it’s called “tweeting,” not “twittering” and what the heck re-tweeting is (let’s just say she was deeply concerned that my cousin might not want all of his messages (tweets) on there).

I think we all know that we live in a fast-paced world, but it may not be so obvious day to day. In all reality, it can be hard to keep up. Even if you’ve only been in the work world for a few years, chances are, you’re behind the times in at least one area. So imagine having been at the same company for 10, 15 or even 20 years. Employees who have invested that much time at one place are probably some of your most valuable people.

The fact is, even the employees who have been with you for one or two years may need to get up to speed, particularly in certain industries. Nursing, technology, and media are just a few that move at lightning speed. So what can you do to ensure that they are up-to-date in the industry, with the technology your company uses, and just in general? Re-qualification.

The key to successful re-qualification, or getting employees up to speed, is to not bore them to death. While it’s sometimes a necessary part of life, no one wants to read a textbook or listen to a lecture, so it’s time to think outside the box.

There are many methods you can use, but you’ll want to make sure that the method you choose covers your basic needs. It should define business objectives, be engaging, explain how the skills being learned can be applied (either through showing or telling), and give them the tools they need to apply it.

A great place to start is with skills testing. Skills testing will capture a benchmark of where your employees are and what level of education or training is needed. You may decide to evaluate a variety of skills or just one at a time, but either way, it’ll give you a good idea of where to start.

After you’ve determined what level of education is needed, gamification is a perfect example of an out-of-the-box way to re-qualify. It has become increasingly popular in the last two years, and many companies, such as Unilever, and the US Military are using it for training purposes. Gamification can work for any industry because people relate to games. If it motivates your employees and achieves your business and employee education objectives, it’s a viable option.

When it comes to re-qualifying employees, the possibilities are almost endless. It’s also a great investment, since the cost of recruiting new employees can be so high. Aside from having the most qualified and up-to-date employees, you’ll be empowering them to do their jobs more effectively and giving them the tools they need to grow professionally.

How does your company educate or re-qualify employees? Are you using any out-of-the-box methods?