The Importance of Job Simulation in Hiring Quality Candidates 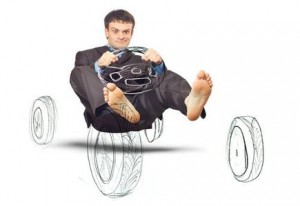 Industries like call centers, transportation, finance, and banking can benefit from job simulation testing during the candidate interview process. We’ll discuss some best practices in using job simulation testing and how it can improve employee retention, performance, and the overall quality of hire. The benefits to hiring well are decreased costs all around, from human resources to future costs of employee injury or low productivity.

A job-simulation test in pre-employment physicals performed by the Kansas Department of Transportation was created as a result of an increased amount of worker’s comp claims. In the following three years, the percentage of injuries of newer employers decreased by 25%, saving the company about $200,000. In order to hire quality, top-performing candidates, companies are implementing tests that simulate real job responsibilities. Being able to assess employees through job-simulation testing saves money in the hiring process and in future workman comps claims if the job requires physical performance.

Job-simulation testing offers a variety of benefits, such as the following:

Beyond normal multiple-choice type tests, providing real-world experiences when looking for a potential candidate will increase the fun and engagement during the interview process. This allows candidates to get out of their shell and relax, showing their true personality.

Job-simulation tests allow for employees to act as they would during an actual work experience. This serves as a mini-replica of the job that candidate is applying for. Scores from simulation tests like these correlate in an extremely close manner with actual job performance.

When a candidate is given a real job simulation and either performs well or poorly, it’s easier to tell how he or she will actually perform if given the job. This helps reduce a level of bias towards a candidate.

The oldest form of job simulation testing comes from the manufacturing and industrial sectors, where candidates were given tests of their strength and capabilities to perform the job. The idea behind this test has evolved to cover banking, transportation, customer service, and other prominent areas of the business world. The entire idea behind job-simulations is to test the performance and skills of a candidate to reduce costs in the hiring process.

What types of job-simulation tests have you had to perform for a job or given to a potential employee?