Adverse Impact: What Is It, Why It Matters, and How to Avoid Selection Bias

Bob owns a mid-sized engineering firm. In the past year, he hired 20 men but only 5 women for technical positions. Does this mean there is a problem with Bob’s selection processes? This might be the case, but it should be considered that what is most important is not the numbers hired, but the selection bias against some groups over others, such as men over women.

Supposed in the past year, Bob hired 20 out of the 80 men who applied for a position with his firm. During the same period, he hired 5 of 20 women who applied. In this case, the percentage of men and women hired were both 25%, so there would be no adverse impact.

What is adverse impact in the context of the selection bias?

Adverse impact recognizes that you can’t always keep the percentages exactly the same, so it allows for some leeway. The four-fifths rule sets a threshold for adverse impact that the group in question (women for Bob) would have a hiring rate that is at least 4/5th of the rate for the comparison group (men for Bob). That means Bob could have hired as few as 20% (4/5th of 25%) of the female applicants and not had an adverse impact.

Psychological tests, especially those that measure cognitive ability (IQ), can have an adverse impact against certain minority groups. The use of those tests, or other aspects of the selection procedure, can be justified if the evidence supports their use. Generally, this means conducting validation studies, which are research studies on employees that show how individuals who score higher on job skills tests (or other selection devices) perform their jobs better. For example, a study might show for a group of sales representatives that those who score high on a sales assessment test do in fact sell more product.

There are 4 Types of Selection Bias

Confirmation Bias – is when an interviewer forms a distinct opinion about a candidate based on a minute piece of information such as the college they attended, before the actual interview.

Effective Heuristic – is when an interviewer makes decisions based on one-dimensional characteristics and not important ones such as problem-solving skills.

Intuition – is when an interviewer makes a judgment on the basis of his or her “sixth sense”, and he intuitively rejects all other candidates.

If a firm finds that their selection process is having adverse impact against a group based on gender, ethnicity, or some other characteristic, the following steps are recommended.

How to avoid selection bias?

Every firm should try their best to avoid adverse impact through the use of sound HR selection practices. If it occurs, however, be prepared to defend your practices by following these steps. A sound selection system will not only minimize legal problems, but it will enable the hiring of the best people for your organization. It is a sound investment that is well worth making.

What hiring practices do you use to prevent employment discrimination and lawsuits?

A Tale of Two Applicants: Making the Right Choice Easier

How can you tell which candidate is the best choice? It’s hard to see past the resume to the real person. That’s why eSkill and Outmatch have joined forces to provide comprehensive applicant assessments that combine hard skills testing and soft skills assessments to predict on-the-job success so you can be sure to hire the best candidate every time. 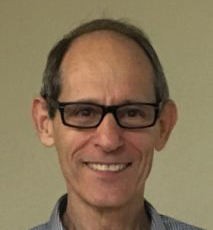 Dr. Spector is a professor who has spent a career teaching and doing research about the human side of organizations. He has taught both industrial-organizational (I-O) psychology and business at the bachelor’s, master’s and doctoral levels.