How to Hire and Recruit for Engineering Jobs 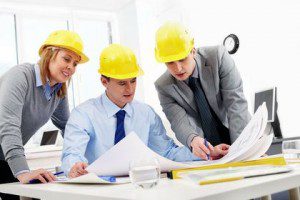 One of the most long-standing areas of engineering, Mechanical Engineering is sometimes called heavy engineering. It’s the branch that involves the production and use of heat and mechanical power for the design, production, and operation of machines and tools. These engineers are sometimes referred to as the core of all advanced technological achievements in robotics, construction, medical automation, aeronautics, and a lot more.

Engineers are seen as the backbone of development and innovation and unless companies are able to hire and recruit them effectively their business processes will suffer. Almost every corporate environment needs engineers for a host of needs pertaining to their core business structures and support. In 2012, there were more than 9,000 job ads posted online specifically looking for Mechanical Engineers, and US News reported that in 2012 the unemployment rate for electrical engineers was 2%. That not only makes it hard to recruit, but it shows that there’s plenty of demand for the job that is seen as “the backbone of American business. “

By the time a student graduates with their master’s in the field, he or she already has three job offers in hand. Job prospects for engineers are “really good, especially for young ones,” says Lawrence Jacobson, the Executive Director of the SPE in Virginia. So how do companies make sure one of those offers are from them, and that they are ultimately chosen? We’ve come up with a few specific techniques that’ll allow companies to not only attract a broader range of engineers but to make sure that their listing gets out in front of more engineers than those of their competitors.

When you’re looking for candidates, it’s easier to find more if you broaden your search to include regions that have a more dense population of professionals. With engineers, you may have a hard time finding them in Phoenix, but if you broaden your search to places like Columbus or Detroit, you’ll have a bigger population of engineers to recruit from. According to WANTED Analytics, these two locations are the best for finding this specific job type. In order to recruit within these areas, it’s important to make your job listing available there. Don’t forget to include where your office is and provide some type of package to relocate the employees. In the long run, it’ll cost less to recruit engineers out of state than to leave the job open for 6 months.

Most engineering staffing companies look for candidates who have proven management experience. That is not always the easiest thing to find. One idea is to hire someone with less experience in the field with a degree, and then train them to be leaders in your company. You’ll not only able to hire at a lower salary, but you can train them and mold them into the kind of manager you want them to be. You can also recruit them with the goal of being certified during their employment and have them sign an agreement to stay with your company for X number of years after the certification is obtained.

How does this help you recruit? If you start off recruiting for internships, your company will have the first foot in the door with new graduates. Not only will it decrease the cost of having to recruit, but you’ll have already built a relationship with someone who is hopefully up-and-coming in their industry.

Hiring for the engineering field is a very specific recruiting industry. If your company doesn’t have the money or resources to devote to structuring an entire plan for recruiting in this industry, take a look at hiring an outside firm to decrease the time and commitment it takes.

Have you had success in recruiting for any of the engineer fields? What’s your secret?