How to Handle Mass Firings and Salary Cutbacks 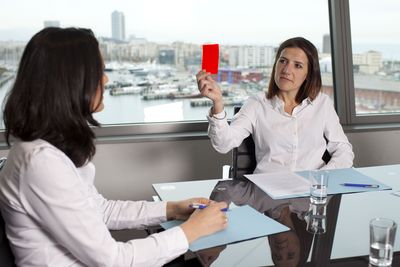 When the economy took a plunge a few years back and many employers were facing mass-firings, some handled it well and others did not—and their entire brand was damaged in the process. If the situation ever comes up in your company, it’s important to have a game plan for downsizing. If you’re prepared, you’ll be better able to provide resources and opportunities to those you have to let go. Here are five tips for handling a mass-firing situation.

Don’t call it a “mass firing”

One of the most important things a company can do is to lessen the blow when a large percentage of people need to be let go. Avoid the “f” word because telling someone that they have been fired is a big blow, and will only get your company bad press. It’s understandable that sometimes companies go through a rough patch and they have to get rid of a lot of people, but calling it downsizing, or layoffs is the way to go. After all, nobody wants to be fired.

Yes, you’re downsizing and trying to cut costs, but providing positive references and resources to your former employees will not only keep your brand in track, it will also prevent negative fallout from those who are being let go. Work with a local employment agency and negotiate a group rate for your former employees. This will help them get on the road to recovery as quickly as possible.

Keep it a secret

This sounds terrible, but the fact is that if employees are made aware of a mass firing they’ll go to social media. Take Zygna for example. When employees heard that they were being fired, they flocked to the social media sites and pretty much ruined the company’s image. As a result, last year the company even faced the prospect of a “mass exodus” of the remaining employees. A brand that might’ve once been at the top of its game is now at the bottom, and it may not ever recover.

Don’t forget about the employees you didn’t fire

A big mistake that companies tend to make is that they forget about the employees that aren’t being fired because, well, they’re not being fired. But if you think about it, it will be a bit of culture shock for those who’ve lost their friends and colleagues, and who have more work to do as a result.  The atmosphere of the office will be greatly affected when people see empty desks and workspaces. Communicate with the staff you are keeping to make sure they stay engaged and don’t start looking for other jobs out of fear.

Chances are that some people may be willing to take a temporary pay cut to avoid being fired completely. This isn’t to say that once they take the pay cut they’ll remain loyal and won’t start looking for other jobs. But if it seems like it might just be a temporary lull in business, it can help to look into creative alternatives. Make sure that your proposal doesn’t violate any contract agreements, and talk with each employee to find the best solution that will keep them on-board and keep your doors open.

Mass firings are not fun, and there isn’t anything that will lessen the blow besides doing what you can to help your employees through the process. Don’t just push them to the curb; work with them and provide whatever resources you can to help them get through a tough time. No one ever wants to go through this, but there are some ways you can help soften the blow.